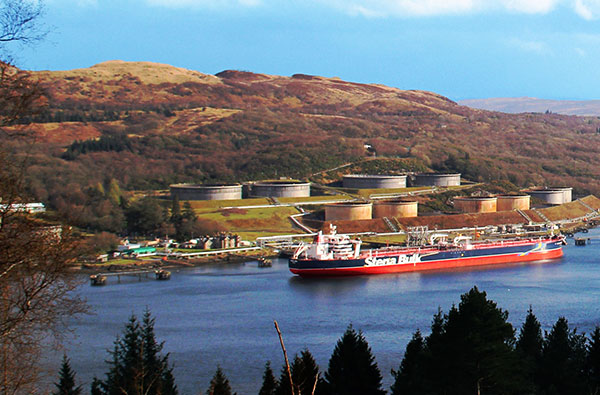 Events in the second quarter

For the tanker market, the second quarter of 2020 was characterised by a very strong start, followed by a considerably weaker end. The strong start was due to a record low oil price, which contributed to a sharp increase in oil trade – despite the significant decline in actual oil consumption as a result of the new coronavirus.

During April and early May, the extensive trade resulted in significant stock accumulation, which contributed to a strong tanker market with high rates. In the latter part of the quarter, production cuts caused the market to weaken sharply, with falling rates as a result.

In April, in response to low prices and reduced consumption, OPEC+ (supported by the G20) decided to cut production by 9.7 million barrels per day in May, June and July (based on October 2018 production), corresponding to about 10 percent of production. In addition to OPEC+, other countries also contributed with production cuts, which means that the total production cuts are actually larger.

Since the lows we saw in April, oil consumption has now increased again, which, in combination with production cuts, has resulted in stock withdrawals and declining stock levels. In terms of tanker market development in the longer term, this trend is both necessary and good.

The situation in the outside world obviously also affects our own operations. New routines on vessels, tough restrictions and generally increased travel difficulties have significantly increased the complexity of operations. This applies particularly to crew changes, which in many cases has resulted in longer working periods onboard.

Since the Covid-19 outbreak, our highest priority has been to safeguard the health of seagoing employees and minimise the risk of infection onboard the vessels. In addition to complying with the recommendations of the relevant authorities, we and our crewing partner Northern Marine Management have also implemented a large number of our own preventive measures. These include continuous risk assessments and exercises.

Despite rigorous preventive work, some of the crew on the P-MAX vessel Stena Premium became ill with Covid-19 during the quarter. All of those affected only showed mild symptoms.

We are now putting behind us a particularly dramatic first half of the year. For the remainder of 2020, we expect the combination of reduced (although gradually rising) oil production, stock withdrawals in consuming countries and reduced refinery volumes to result in a continuation of subdued demand for tanker transport – which in turn will result in lower rates than in the first half of the year. For our own part, a period of increased maintenance also awaits. Over the next 12 months, eight of the vessels in the fleet will go into drydock and ballast water treatment systems installation.

Predicting development of demand for tanker transport in 2021 is of course difficult, but we believe that gradual easing of restrictions, restarting of economies, massive support programmes and normalised stock levels will contribute to a faster return to the “pre-Corona” situation than many people first thought – and this applies both to oil consumption and demand for tanker transport. For example, the EIA’s current assessment is that oil consumption will be back at 2019 levels as early as 2021.

The positive drivers also include very low net tanker fleet growth. At the end of July 2020, the order book for the product tanker segment was at a record low of about 6 percent of the total tanker fleet – almost half of the average for the last ten years. In the current situation, virtually no new orders are being placed either, which guarantees that the low growth rate will be gradually extended.